Thank You, Jesus, for paying the ultimate price for me, a wretched sinner. On this day, Good Friday, you experienced tremendous, undeserving pain and suffering.  Lord, thank you for caring enough about me to come down from heaven, be born to a virgin, live on this earth, and  then die a horrible death for me.  I can only imagine how brutal the beatings you endured that day were.  How humiliating it must have been for you to have been mocked and  heckled. It is so extremely difficult to comprehend how excruciatingly painful it must have been for you to  hang on the cross with nails  in your hands and feet. And even though, at any point and time you you could have decided to end your suffering, you didn't.  Thank You.  Words cannot even express the degree of gratitude that I have for you and the sacrifice that you made on the very first Good Friday for me.  If it were not for the price you paid for me with your blameless, sin-free, innocent blood, that has washed my sinful, guilty soul white as snow, I would not be able to have a New Life Today!!!  And for this, I say, "Thank You".

In this spiritual journey, you need to know God has everything under control. That's right; when you feel out of control, always know God's in control. One of the reasons why people lose control is because they're trying to do things by themselves instead of having their steps ordered by God. Here's a hint - when your steps are ordered by God, you'll rise above the natural and focus on the spiritual. Yes, it may seem hard at first, but when you make up your mind to not have people and things cause you to trip out, then you're making the first step to staying in control.

The writer of Proverbs tells us, "Whoever has no rule over his own spirit is like a city broken down, without walls." Please don't miss this. Failure to control your emotions will cause you to be messed up from the floor up. In a real sense, when you start tripping on people and things, you're inviting chaos, disaster, and foolishness into your life. As any parent would say, 'you don't want that to happen.' Your life is too important to give people and things control. Simply put - when people and things make you trip, they play on you and will do you great harm. As the youth say, 'don't fall for the okie doke.' That's my word for you. Tripping ain't cool nor is allowing people and things affect who you are, whose you, and where you're going. Stay connected with God and allow Him to direct your path.

Scripture for the Day:
"The beginning of strife is like releasing water; Therefore stop contention before a quarrel starts." (Proverbs 17:14 -NKJV)

Posted by Unknown at 5:04 AM No comments: 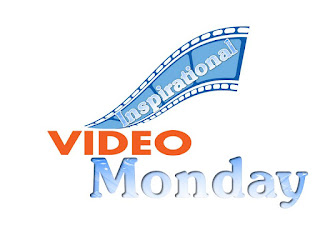 Posted by Unknown at 4:55 AM No comments: 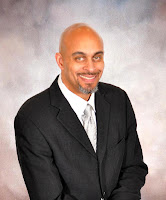 In this spiritual journey, you need to know love is more powerful than hate. Let me say it this way. Loving those who hurt you will show them that they don't have power over you. Anytime you allow bitterness and hatred towards a person to fester, you're giving the other person power over your life. I want you to get into your spirit that your life is defined by your relationship with God not your hatred towards someone else. Unless you forgive the other person of their wrong towards you, you won't be able to experience all that God has for you.

While Jesus was having a teachable moment with His disciples, He deposited these words, "For if you forgive men their trespasses, your heavenly Father will also forgive you. But if you do not forgive men their trespasses, neither will your Father forgive your trespasses." Please don't miss this. Forgiveness is so powerful because when you forgive, you free yourself. That's right; you free yourself up to hear from God and allow His blessings to pour into your life. Because of your relationship with God, you must believe in your heart that God can and will replace your hurt with peace, joy, and happiness. Look within yourself to see if there is any bitterness or hatred towards someone. If there is, make it your mission to find them and forgive them. If they're no longer here, forgive them in your spirit. Don't wait, hesitate, or procrastinate. Just remember this - if you want God to forgive you, you must forgive others.

God is Omnipresent at 8 am by Tigner Rand - Testimony Tuesday 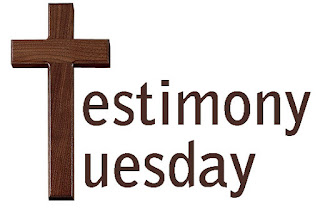 God is Omnipresent at 8 am by Tigner Rand

I firmly believe in the power of prayer. Most recently my dear friend had a testimony on this area under discussion of phone calls and prayer. Setting the scene: Harold and I always begin our conversation with a positive affirmation; me, asking how he is doing followed by his sincere statement “it’s the best day of my life”, which always brings a smile to my face. On this night, nothing was any different except this time his tone was concise and clearly expressed.

The Bible demonstrates many examples of the power of prayer: God answering many of Moses' prayers, parting the Red Sea (Exodus 14:13-22), God agreed to spare Sodom and Gomorrah if Abraham could find ten righteous people (Genesis 18:22-32). Daniel spent his whole life praying and was ultimately thrown in the lion's den because he would not stop praying to God and worship the king. Because he continually prayed God spared him (Daniel 6:4-24). God miraculously answered the prayers of the early Christians by sending an angel to free Peter from prison (Acts 12:5-10). In contrast, Jesus' prayer at Gethsemane clearly showed him praying if it was possible, the hour might pass from him Abba, Father, all things are possible unto thee; take away this cup from me: nevertheless not what I will, but what thou will (Mark 14:32-42). Nevertheless, throughout the Bible, there are countless situations of people praying and God responding. Likewise, we are afforded the opportunity of partitioning God directly in prayer. So, if you don’t get anything else from this testimonial learn how and remember to pray daily. As stated, there is power in prayer… 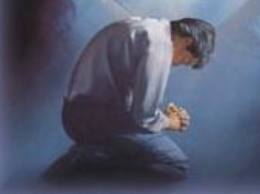 This brings me back to my friend Harold, who was up praying at 8 o’clock a.m Sunday morning, thanking God for all his blessings, the very same day his son played bumper cars with a concrete median. Harold went on to say he appealed a special prayer to cover his son that morning. One can only imagine the feeling of such a conversation when a police officer tells you of an accident. In this case, thank God, everyone was okay. The officer duly noted, “It was a miracle that everyone walked away with only scratches and shaken nerves considering the entire left side was completely demolished. Our dialog ended with “God is omnipresent. He was covering my son at the time I was praying”, stated Harold.

The lesson learned is to pray without ceasing thanking God and never taking anything for granted. Will God answer all your request? Maybe, maybe not. The point is to always pray and seek to be in God’s will. And by all means it is always a joyous moment for a parent knowing their child has cheated death during a horrific traffic altercation. Now, besides praying and talking about my friend’s testimony, what makes this story so wondrous? Harold’s son accident occurred at 8 o’clock a.m. - the same time Harold was praying!

Posted by Unknown at 9:30 AM No comments:

Turning Around For Me by Vashawn Mitchell - Inspirational Video Monday

Turning Around For Me by Vashawn Mitchell

This song is featured on the WOW Gospel 2013 CD.
Vashawn Mitchell is a six-time Stellar Award-winner and
GRAMMY® Award-nominated recording artist.

Stop Limiting Yourself When God Is Trying To Bless You by Dr. Sinclair Grey

Stop Limiting Yourself When God Is Trying To Bless You
In this spiritual journey, I want to share with you a few lessons about not limiting yourself so that God can bless you. The first lesson is when you listen to the advice of people who don't trust in the power of God, you'll fall into the trap of placing limits on yourself. Simply put - associate and listen to those who believe and have witnessed God's power. They'll be the ones who'll encourage you. The second lesson is speak to yourself words of empowerment so you can see God's power manifested in your life. Words have meaning and it's important to know the words you speak are significant and powerful.

The writer of Hebrews penned the words, "Faith is the substance of things hoped for and the evidence of things not seen." Please don't miss this last lesson. It takes having faith in God for you to witness His blessings upon your life. Here's your shout. Faith opens doors whereby fear blocks blessings. Here's another shout for you. Faith signifies to God you're ready to receive what He has for you whereby fear keeps you lazy and procrastinating. I implore you on this day and every day to stop placing limits on yourself because God is ready to bless you. Now what are you going to do?

Scripture for the Day:
"Do not withhold correction from a child, For if you beat him with a rod, he will not die." (Proverbs 23: 13-NKJV)

Posted by Unknown at 1:44 PM No comments: 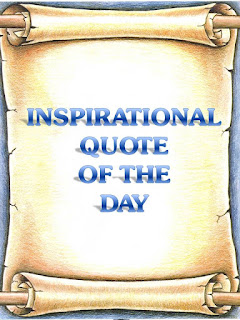 Everyone has his own specific vocation or mission in life; everyone must carry out a concrete assignment that demands fulfillment. Therein he cannot be replaced, nor can his life be repeated, thus, everyone's task is unique as his specific opportunity to implement it.
~ Victor Frankl

Be encouraged to know that your life matters and you are valuable. God has a plan for your life that only you can carry out.  Don't let anyone make you feel insignificant.  You were created with splendor and unique qualities that separates you from everyone else.
~ Denell Jacobs McCurry